Very Long Baseline Interferometry (VLBI) observations to extragalactic radio sources (quasars: quasi-stellar radio sources, radio galaxies) and tracking of MEO and GEO satellites are fundamental to the maintenance and improvement of the geodetic reference frames and the determination of Earth orientation. The combination of VLBI and satellites tracking provides the connection between the celestial and terrestrial reference frames.

Satellites used for geodetic observations differ in design, equipment and orbital parameters according to the mission purpose. Satellites can be regarded as moving targets at high altitude and then used for positioning and navigation. Since the satellite orbits are sensitive to the gravitational field of the Earth, the satellites also serve as a sensor for gravitation. 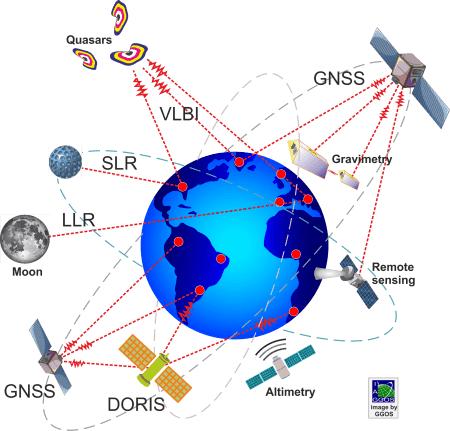 Satellites at high altitudes (MEO and GEO) are preferred for positioning, as they are less influenced by gravitational and air drag perturbations. Satellite-based geodetic techniques that play an essential role in the precise satellite orbit determination, the establishment and maintenance of global reference frames, the determination of Earth orientation and the modelling of the long-wave part of the Earth’s gravity field include Global Navigation Satellite Systems (GNSS), Satellite Laser Ranging (SLR) and Doppler orbitography and radio positioning integrated by satellite (DORIS).

Space geodetic techniques for the determination of global reference frames and Earth orientation: 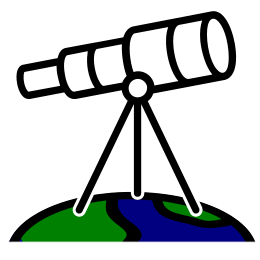