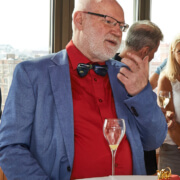 We received the deeply sad news that Günter Stangl – former Director of GGOS Coordinating Office from 2016 to 2017 – passed away, unexpected, much too early in the first years of his retirement in the age of 68 years. 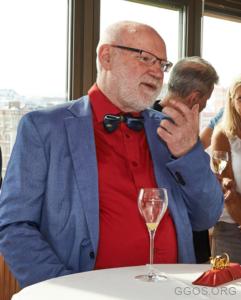 Günter Stangl started his career in Satellite Geodesy in the late 70’s working with Peter Pesec in Doppler campaigns, particularly in the projects promoted by prof. Marussi, prof. Moritz, prof. Seeger and other leading Geodesists of the time aiming at replacing old triangulations across the Alps with satellite surveys, based on the Transit constellation, the precursor of GPS. With Peter Pesec he was involved in the activities of the Graz Observatory for satellite geodesy, where the Laser Ranging activities to satellites were complemented with Doppler and GPS/GNSS. In the early sixties Graz was one of the centers involved in the optical tracking of the very first artificial satellites, using optical cameras and processing techniques inherited from the tracking of minor planets and comets. He was an enthusiast about archeology, and used to spend his vacations by supporting from the topographic view point archeological excavations.
Most of his career he worked for the “Austrian Federal Office of Metrology and Surveying” (BEV – Bundesamt fuer Eich- und Vermessungswesen) at the “Observatory Lustbuehl Graz” (OLG) of the “Austrian Academy of Science” and the TU in Graz at the “Institut fuer Weltraumforschung (IfW). It was normal to find at the IfW young visiting scientists from several countries working with Günter on the processing of GPS campaigns. 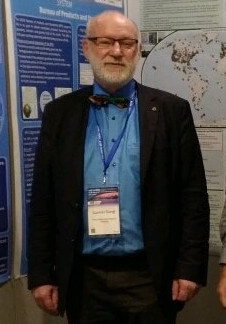 He was involved in the EUREF (Reference Frame Sub Commission of Europe) activities since the late 1990ies. With Günter Stangl, OLG and later BEV hosted one of the “Regional Data Centres” for the EUREF Permanent Network (EPN), the “Local Analysis Centre” named OLG and a “Densification Analysis Center”. In 2001 he joined the EUREF TWG, now Governing Board (GB). In 2008, he took over the responsibility as EPN Data Flow Coordinator. Also in 2008, he took over the responsibility for the validation and the database for the EUREF GNSS Campaigns, where he collected the data, results and reports. Günter had a wide knowledge in Geodesy in general and he was well connected within the European GNSS community, especially in the South East and Central part of Europe.

In 2016 the GGOS Coordinating Office (CO) was transferred from BKG in Germany to the BEV in Austria and Günter took over the position as the director of the GGOS CO until his retirement in 2017. We appreciate his great effort and contribution to GGOS activities including success of smooth transition of GGOS CO.

We will miss him and convey our sincere condolences to his family, friends, and co-workers.

In the name of the GGOS Coordinating Board,