The GGOS Consortium is the voice and essentially the large steering committee of GGOS. It reviews the GGOS progress, activities, and nominates and votes for the candidates for the elected positions on the GGOS Coordinating Board.

The GGOS Consortium is comprised of two designated representatives from each IAG component, which designate their representatives. The Chair of an IAG Service Governing or Directing Board, and the Director of the Central Bureau or Coordinating Office, as well as Commission and Inter-Commission-Committee Presidents and Vice Presidents may be those designated members.

However, no person may represent two or more components, and no one may have more than one vote. The presiding Chair of the GGOS is, by default, the Chair of the Consortium. GGOS Consortium decisions are based on consensus. Decisions requiring a vote are decided by simple majority of the votes cast. The quorum is met when at least fifty percent of members are present, but electronic voting is acceptable provided a quorum responds. 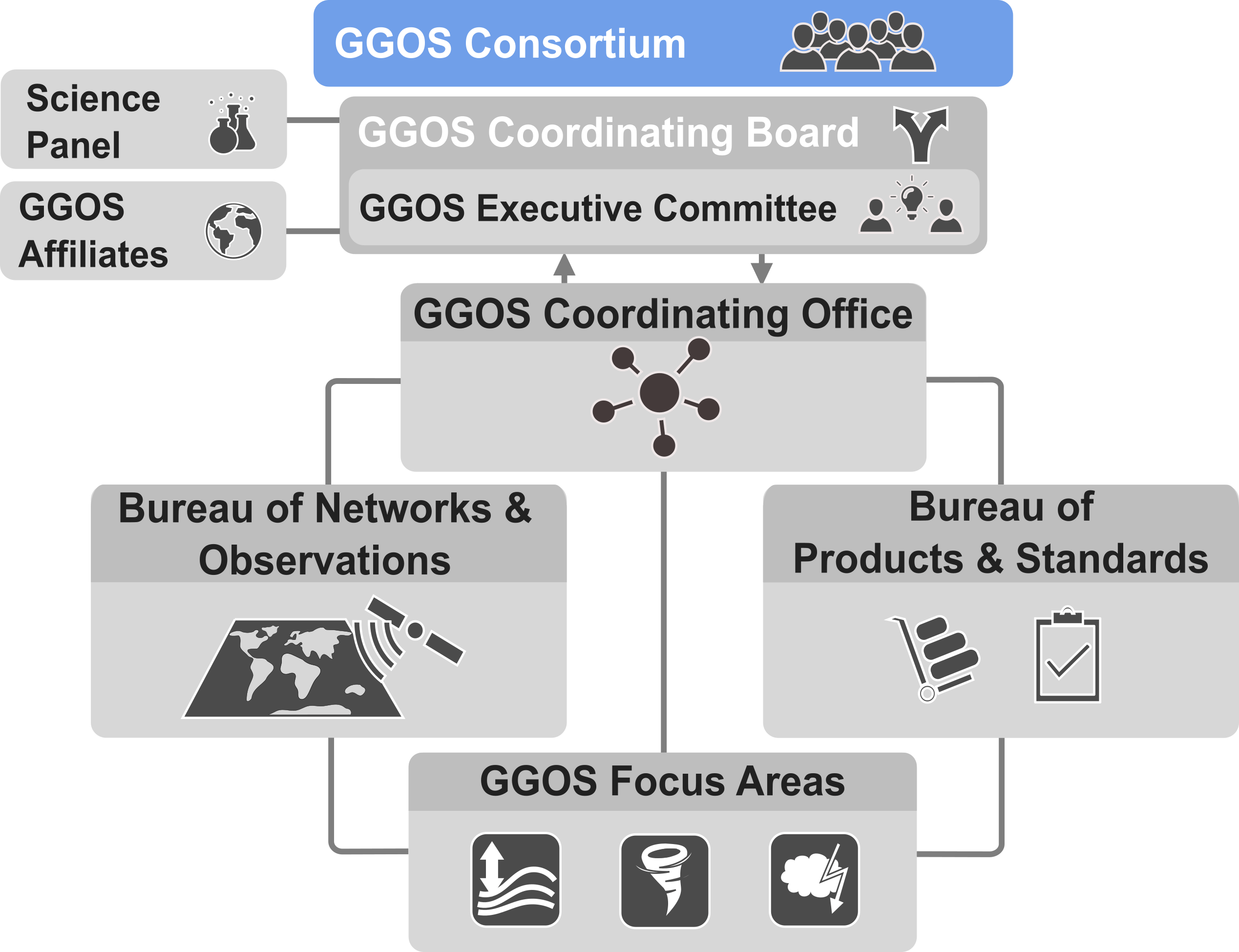